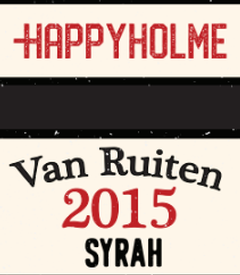 The Van Ruiten Family Winery is located in Lodi, California, mid-way between the Sierra Foothills and the San Francisco Bay. The estate vineyards, including the infamous Lodi Zinfandel, benefit from the ideal climate influenced by the cool afternoon breezes of the San Joaquin Delta. Before settlement, the Lodi area, now known as the Lodi Appellation, was often an inland sea as a result of winter rains and the spring snow melt. Flood drainage and soil deposits surrounding Lodi ultimately created a rich, easily-drained soil that produces one-of-a-kind harvests.

For over 50 years, Lodi grapes grown in the Van Ruiten vineyards were harvested and shipped to other wineries every summer. The family wanted to branch out into winemaking, and in 1999 the first varieties of Van Ruiten wines went into production. Among the most memorable and lasting first wines was a Cabernet Sauvignon/Shiraz blend that remains one of the family’s most popular today. Other favorites include the famous Van Ruiten Old Vine Zinfandel and their exceptional Lodi grown Chardonnay. All wines are served daily at their Lodi Tasting Room from 11 am to 5 pm.

You know you want to

Keep up to date on the latest wine releases, events, and promotions.